A LOOK AT DIANE VON FURSTENBERG'S PENTHOUSE IN NEW YORK

“Everybody told me when I came to this neighborhood that I was crazy—that it was full of drag queens, that it smelled awful because of all the butchers,” says the Brussels-born designer, who moved to New York in 1969 with her first husband, Fiat scion Prince Egon von Furstenberg. (They had two children, and divorced in 1983; in 2001 she married media mogul Barry Diller.) “All of that is true,” she continues. “And yet in a weird way the cobblestone streets remind me of Belgium.”
“When I was young, I lived like an old woman,” the 65-year-old grandmother of three explains, “and when I got old, I had to live like a young person.”
If you want to read more. 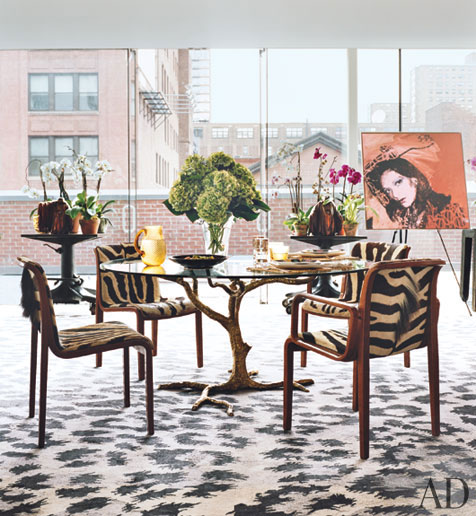 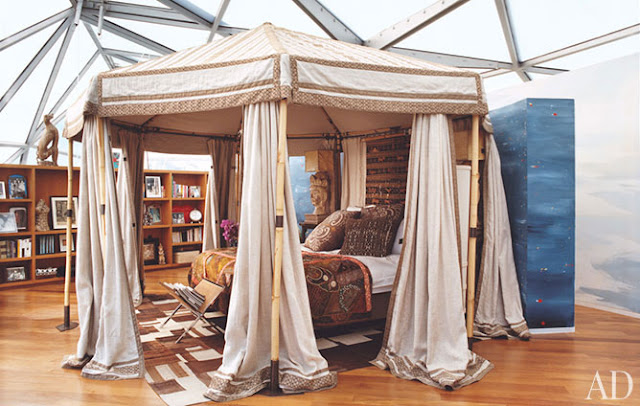 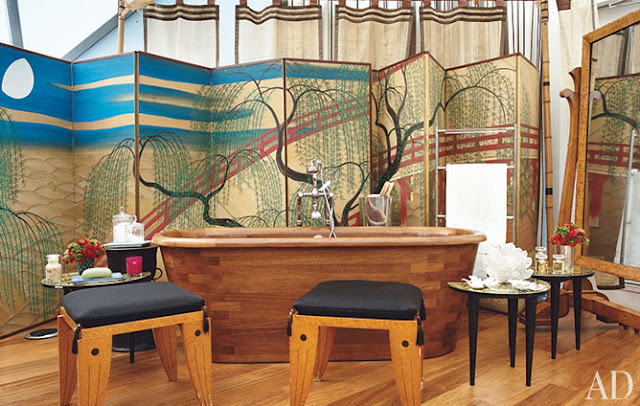 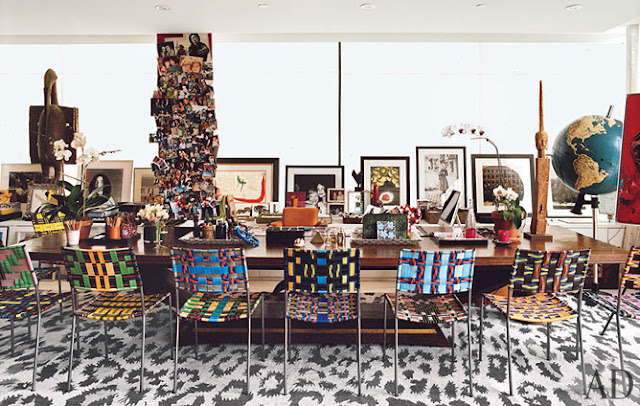 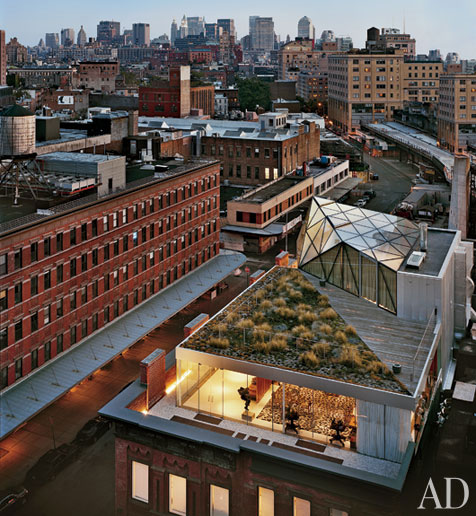 All pictures: Architectural Digest.
Posted by Michelle at Thursday, February 16, 2012

"Know first who you are, and then
adorn yourself accordingly".
Anonimous